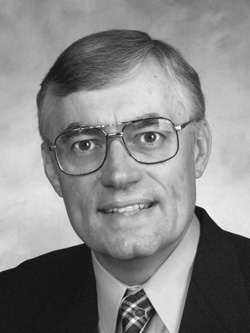 Cox has been a principal research scientist at the HLTCOE since 2009 and acting director since December 2011. Previously, he was vice president of the Speech and Image Processing Services Research Lab at AT&T Labs, with responsibility for all research in speech, audio, image, video and multimedia processing, including areas such as speech and audio coding, speaker recognition, very large vocabulary speech recognition, text-to-speech synthesis, spoken language translation and human hearing.

Cox received his doctorate in electrical engineering from Princeton University. He is a fellow of the IEEE (Institute of Electrical and Electronics Engineers), has been active in the leadership of the IEEE Signal Processing Society and was a recipient of the IEEE Third Millennium Medal in 2000, as well as the AT&T Science & Technology Medal in 1999. He has taught at Rutgers and Princeton universities.

The HLTCOE is one of several groups at The Johns Hopkins University that jointly work on speech and language research. Whiting School of Engineering departments that take part in this work include Computer Science, Electrical and Computer Engineering, and Applied Mathematics and Statistics, as well as the school’s Center for Language and Speech Processing. The Applied Physics Laboratory also conducts such research.