University names VP, strategic initiatives, and VP, chief of staff and secretary to the board

President Ronald J. Daniels has announced two key administrative appointments at The Johns Hopkins University: a vice president, chief of staff and secretary to the board of trustees; and a vice president, strategic initiatives.

These two highly accomplished leaders will encourage collaboration among divisions and teams around the university and will continue the work of strategically positioning and advancing university initiatives and priorities, said Daniels, who recommended the appointments to the board of trustees. 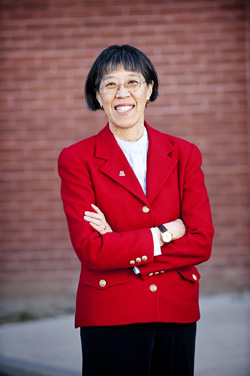 Mok joined The University of Arizona in 1997 as assistant dean in the College of Fine Arts. In her two current leadership positions, she has provided institutional oversight for academic matters, including direct oversight of 13 colleges. She also brings experience in adult continuing education, alumni affairs, performing arts and international relations. Among her contributions at The University of Arizona, Mok has led university-level and college-level strategic and annual planning exercises. She has served in various capacities in U.S. embassies in France, Nigeria and Sri Lanka. At Johns Hopkins, she also will have a faculty appointment at the Peabody Institute. Mok holds a bachelor’s in music from Middlebury College and a master’s in music education from the University of North Texas. She earned her doctorate in arts education from New York University.

“I am honored to be asked to serve The Johns Hopkins University,” Mok said. “Johns Hopkins’ traditions and its promise for the future place it as a university with the capacity to transform lives. Through its pre-eminent undergraduate, graduate and professional education programs, coupled with the excellence of its faculty, the excellence of JHU students and staff, and its collaborative and interdisciplinary strengths, I believe The Johns Hopkins University has led and will lead the way for higher education.”

She will be a senior adviser to Daniels and work closely with the deans, trustees and senior leaders to coordinate initiatives across the university. She will oversee the Office of the President and the Office of the Secretary to the Board and manage short- and long-term priorities for the president.

Spector joins the university after most recently serving as senior adviser to the legal adviser at the Department of State. In this position, he provided counsel and strategic advice on a range of legal and foreign policy initiatives, as well as cyber issues. Additionally, he served as head of the U.S. delegation for negotiations at the United Nations and represented the office on legal topics including Wikileaks, LGBT issues, cluster munitions and land mines. Before joining the State Department, he served as senior counsel to then Sen. Hillary Rodham Clinton. He earned his undergraduate degree in political science and mathematics from Swarthmore College and his law degree from Yale Law School. 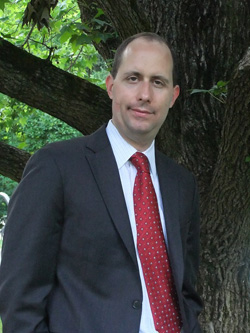 In his new role, Spector will support the executive leadership of the university by coordinating, integrating and leading the planning and implementation of the university’s strategic initiatives across divisions, departments and units.

“I am honored and delighted to be joining the Johns Hopkins University community,” Spector said. “President Daniels has charted an exciting and inspiring vision for the future of the university, and it is a privilege to be given the opportunity to join him and his team in making that vision a reality. I look forward to meeting as many of the members of the university family as I can in the days to come.”

Mok and Spector will be filling the gaps left by Jerome D. Schnydman, who is retiring after 37 years at Johns Hopkins, and Lois Chiang, who plans to leave the university, given her husband’s relocation to Kansas.

Both Spector and Mok will report directly to the president.

“Phil Spector and Jacqueline Mok are extraordinary candidates who will bring impressive leadership experience to Johns Hopkins,” Daniels said. “They will help set the agendas and execute the strategies that will allow this university to continue to lead on the community and global stages. I look forward to having them join our team.”