A Baltimore-based study, led by scientists at Johns Hopkins and the National Institute on Aging and published in 2010, found that African-Americans with incomes below the poverty line have a significantly higher risk of chronic kidney disease than higher-income African-Americans or whites of any socioeconomic status.

After completing this study, School of Medicine faculty member Deidra Crews wanted to find out why this was, and what could be done to reverse this trend.

A major factor, she believed, was poor diet, particularly one high in sodium and low in fruits and vegetables. Crews, and her mentor, L. Ebony Boulware, have since set out to develop interventions and strategies to improve dietary choices in this vulnerable population and help prevent chronic kidney disease.

Their work was recently recognized with an inaugural President’s Research Recognition Award, an honor sponsored by the Johns Hopkins Urban Health Institute and the President’s Office that aims to acknowledge JHU faculty who are conducting exceptional research related to urban issues in Baltimore and to further encourage community-based research across the university. Also recognized with a President’s Research Recognition Award was the work of Stephen Plank, a sociology professor in the School of Arts and Sciences who has explored topics such as the effects of school organization and classroom climate on student performance and attainment.

Each year, Johns Hopkins faculty conduct hundreds of research efforts aimed at improving the health and social well-being of Baltimore and its citizens. These projects include studies of hypertension, violence prevention, drug enforcement policy, clinical drug trials, economic growth and the history of the city’s neighborhoods, just to name a few.

The President’s Research Recognition Award will honor the “best of the best” of these efforts.

The award’s selection committee determined that two groups were worthy of this year’s top prize, so $5,000 awards went to both Plank and the team of Boulware and Crews. The funds can be used at the faculty members’ discretion to advance their work. 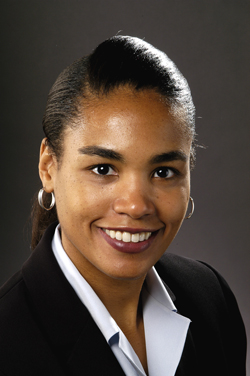 Boulware has devoted her career to performing patient-oriented research to improve the full spectrum of care and clinical outcomes of patients with chronic kidney disease. She has conducted studies of treatment of risk factors, such as hypertension and diabetes, and of improved detection methods. She has been principal investigator of 15 peer-reviewed grants funding her research, which is dedicated to improving ethnic/race disparities in health and health care among Baltimore residents.

Crews has recently focused her research on healthy food availability and its relationship to kidney disease.

In some Baltimore neighborhoods, healthy food options can simply be hard to find. “Some people live in what are known as food deserts, areas with few if any full-service grocery stores,” says Crews, an assistant professor in the Division of Nephrology at the School of Medicine. “For some, it’s making poor choices with limited means.”

People might, Crews says, tend to eat diets high in sodium, which increases a person’s risk of high blood pressure, one of the leading causes of chronic kidney disease.

Crews said that interventions are needed to stop the cycle.

“There needs to be a conversation,” she says, “to tell people about healthy foods to eat and where to purchase them, even with limited means.”

She and Boulware, an associate professor of medicine and epidemiology in the School of Medicine’s Division of General Internal Medicine, are currently designing a pilot healthy-eating intervention for low-income citizens that they hope to scale up to larger populations.

Crews says that the award is a positive sign that they are moving in the right direction.

“It is definitely nice to be recognized by the university where you work. It validates your work as being important,” Crews says. “Personally, it gives me a lot of inspiration to keep going forward with this work that I feel will make a significant difference in the fight against chronic kidney disease.”

Plank was recognized largely for his work as co-director of the Baltimore Education Research Consortium, or BERC, a partnership of the Baltimore City Public Schools, Johns Hopkins University, Morgan State University and other civic and community partners. 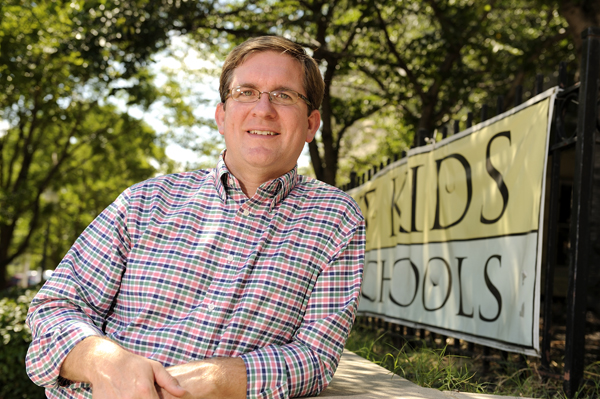 Sociologist Stephen Plank is co-director of the Baltimore Education Research Consortium, which is working to improve educational outcomes for city children.

BERC’s mission is to conduct and disseminate long- and short-term strategic data analysis and research that inform decisions about policy and practice to improve the educational and life outcomes of children in Baltimore. BERC assembles a diverse coalition of partners to formulate questions, contribute to conversations and highlight policy implications.

In one paper, the organization looked at “pressures of the season,” examining second- and third-grade classrooms in eight city schools during times when the students were preparing for high-stakes standardized tests.

“We wanted to see what this preparation does, for example, to class quality and student-teacher relationships,” Plank says.

The research identified several unintended consequences of this testing, such as reduction in “warmth and support” and less higher-level learning because there was more drilling of basic skills.

“There was a lot of teaching to the test,” he says. “A lot of this had been believed to be the case, but we were able to document it.”

Plank says that he is honored to receive the President’s Research Recognition Award, which he says sends an important message.

“For me, it’s positive affirmation at a time when I really needed it,” Plank says. “You also hear a lot of people at JHU, from the highest level of administration to staff and faculty, talking about being a truly good citizen of Baltimore and spreading knowledge for the world. It’s one thing saying that, but I want to feel reassured that it’s not just what we preach. This award shows me that the President’s Office and the Urban Health Institute truly support this sort of research work and that we are making efforts to put what we say into practice.”