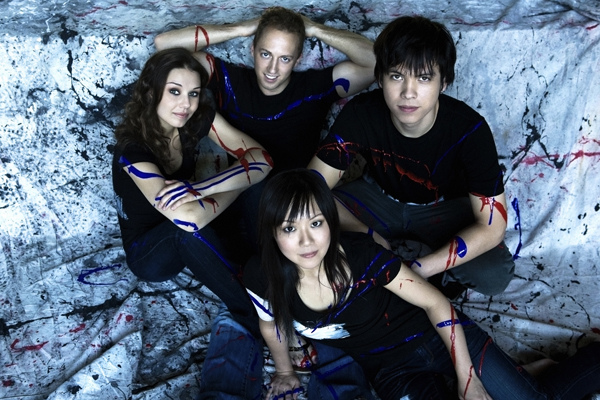 The ensemble is the current Graduate Resident String Quartet at The Juilliard School.

Evergreen Museum & Library will conclude its 2011–12 Music at Evergreen concert series on Saturday, April 21, with a 3 p.m. performance by the Attacca String Quartet in the museum’s Bakst Theatre.

Following the concert, a tea reception will be held in the museum’s Far East Room, where audience members will have the opportunity to meet with the musicians.

The Attacca Quartet is the current Graduate Resident String Quartet at The Juilliard School, and recently received the 2012 Arthur Foote Prize from the Harvard Musical Association. First-prize winner of the 2011 Osaka International Chamber Music Competition and winner of the Alice Coleman Grand Prize at the 60th annual Coleman Chamber Ensemble Competition in 2006, the internationally acclaimed Attacca Quartet has become one of America’s premier young performing ensembles.

Concert tickets are $20, $15 museum members and $10 students with valid ID. Tickets include admission to the museum guided tour (departs at noon, 1 or 2 p.m.) and the post-concert reception. Seating in the intimate theater is limited; advance tickets are available by going to museums
.jhu.edu, calling 410-516-0341 or visiting the Evergreen Museum Shop.